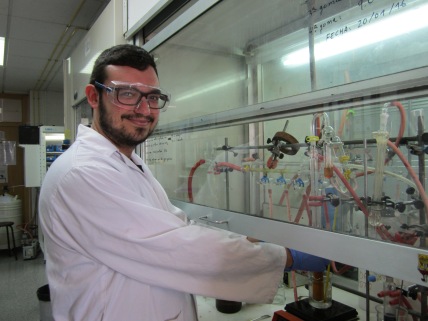 Antonio Iglesias Nicasio was born in Seville in 1991. He studied Chemistry at the University of Seville and in 2013 joined Dr. Agustín Galindo’s group under the supervision of Dr. Francisco J. Montilla in the Inorganic Chemistry Department at the same university as an undergraduate student. He got his degree in Chemistry in 2014 and he got a Master Degree in “Advanced Studies in Chemistry” at the University of Seville in July 2015. In January 2016 he moved to Zaragoza and he joined the Dr. Miguel A. Esteruelas group as a Ph. D. student. His main research interest is centered on the synthesis of new osmium complexes, their reactivity and applications in catalysis.